This illustration is offered for sale, price on application. 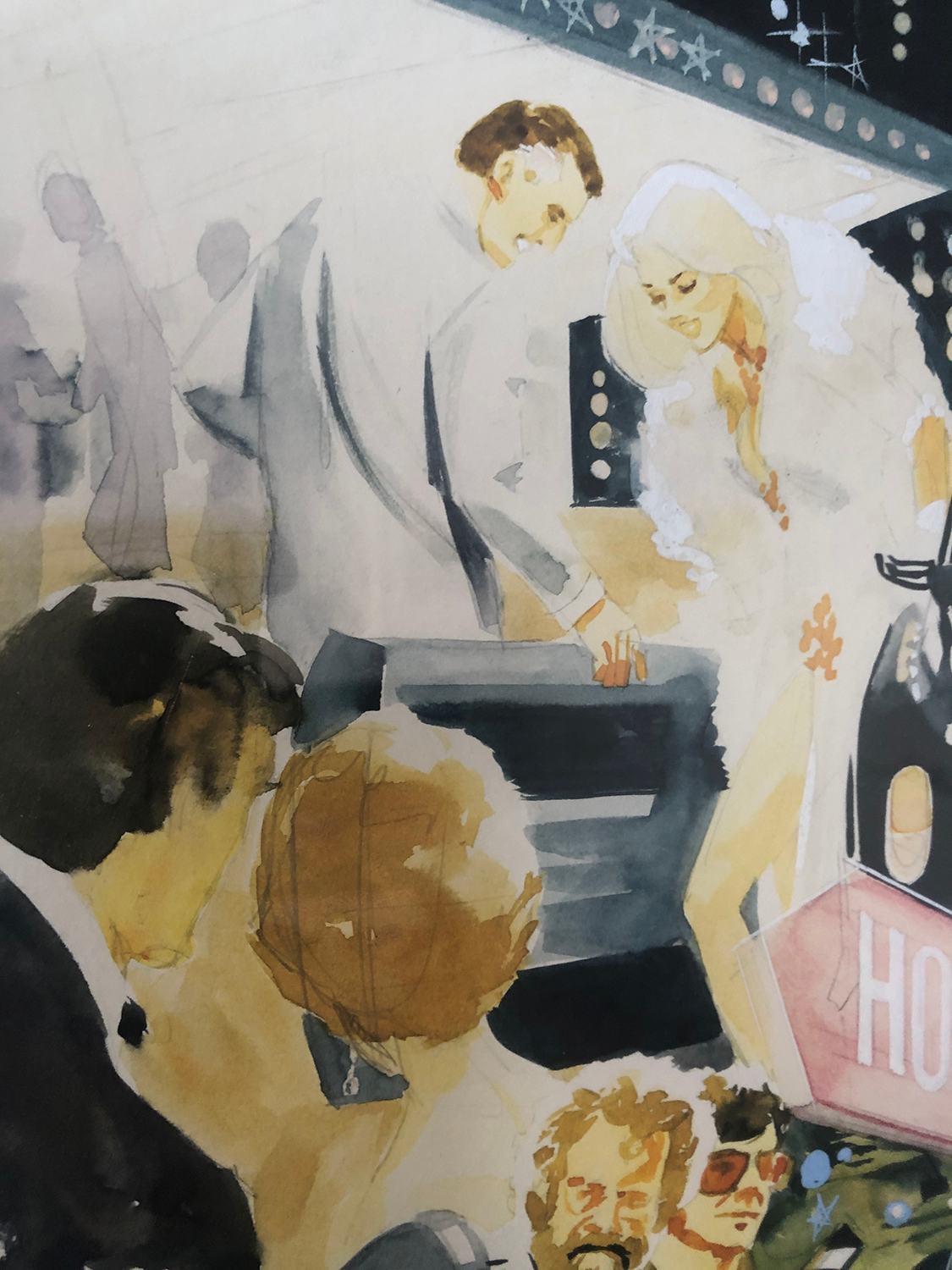 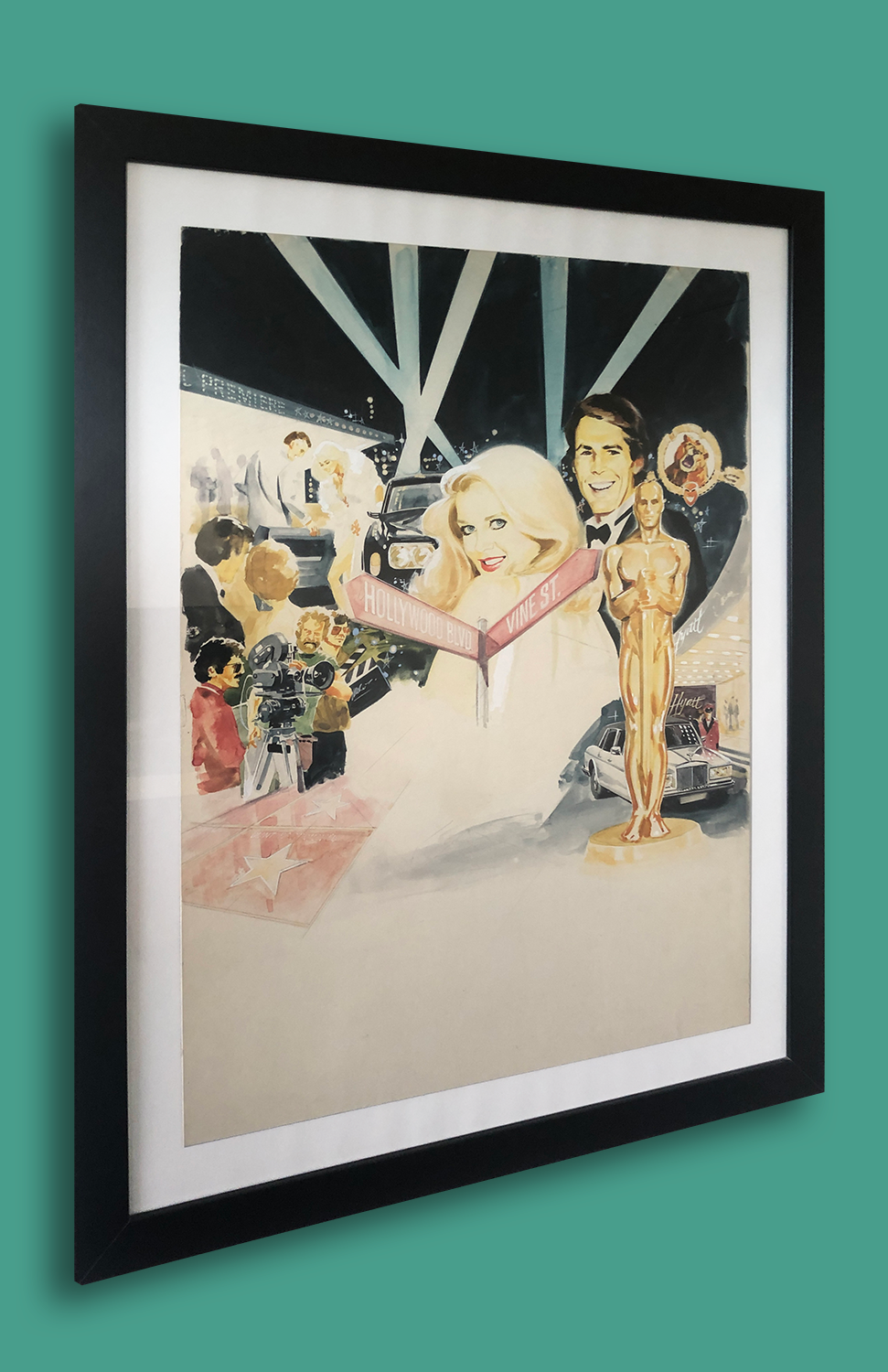 This commercial art illustration was created to promote the TV Week publication Oscars edition in the late 1960s/early 1970s. TV Week was Australia’s leading TV guide and entertainment gossip publication pre streaming and digital television. Everything you needed to know about what’s happening in TV and movies was in TV Week. It was nothing for TV Week to pay an artist big dollars to produce promotional illustrations in the promotion of its publication.

How I came about to acquire such a rare piece of television memorabilia is a story in itself. My first job in the 1970’s was as a cadet artist at Southdown Press in Melbourne, Victoria, Australia, the publishers of TV Week at the time. I was working on a completely unrelated  project at the time and an internal work parcel was delivered to me packed between 2 heavily sticky taped pieces of cardboard, to my surprise when I opened the parcel one of the pieces of cardboard was this unsigned watercolour illustration, it had been but into the trash and used as packaging. I was shocked, but delighted I was the recipient of this ‘junked’ piece of art history and it has been in my care, ownership ever since.